Welcome to the ABA Blog

Pride in the Jersey

With the current winter sporting season well advanced, no matter the code of sport there is plenty of pride being shown in the way players conduct themselves on and off the field or court, and where it doesn’t always go according to plan the codes governing body steps in to put things right.

Recently, I assisted in putting together a series of videos about just what it means to be a BAS Agent and I walked away from those recordings drawing some large parallels between our sporting heroes and our bookkeeping profession in the way we should conduct ourselves as representatives of our industry.

BAS Agents are a relative new profession in the scheme of things but the pride that is shown by members of the Australian Bookkeepers Association in their conduct as a professional person is second to none.

It takes a lot of hard work to gain entry to the BAS Agent Team and there are a rigorous set of rules prescribed by our governing body, the Tax Practitioners Board (TPB), to not only join that team, but to then maintain that very valuable registration.

In order to even pull on the BAS Agents Jersey, a person has to pass the “Fit and Proper” person test as set by the TPB and once a member of the team are governed by “The Agents Code” which sets out guiding principles to follow under a number of separate categories including:

It pays to reflect from time to time on the Code of Professional Conduct to remind ourselves of the high regard in which Bookkeepers are held in our community and the standards that are expected of us.

In the recent Federal Budget handed down, the TPB was granted a bucket of cash to ensure the integrity of the tax system is being maintained. The early indication is that ensuring Agents are appropriately registered, undertaking regular professional development and displaying the necessary skills to fulfil the vital work our BAS Agents do will be a priority for the TPB. And, in instances where they find problems or where a person is holding themself out to be part of the team when in fact they are not, will draw some heavy consequences.

As a BAS Agent and as a member of the Australian Bookkeepers Association, you have earned your jersey as  part of our team, so wear it with pride and do your team proud. 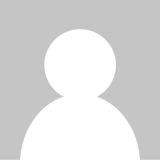