Welcome to the ABA Blog

The Tax Reforms Being Mooted from Each Side of Politics

Due to the crushing nature of the Federal Government’s Budget deficit ($37 billion) and dwindling commodity prices, there has been much recent talk by both the Government and Opposition of reining in tax concessions – chiefly in the ‘big-ticket’ areas of Superannuation, Negative Gearing, and Capital Gains Tax.

Although the Budget is not until May, and the Federal Election is not likely until the second half of the year, some significant changes would seem to be brewing. This post is a summary designed to give you a better sense of the changes that may be on the horizon.

The Government has come under fire recently for not announcing specific tax policies that it will take to the Election, except for the fact that it has abandoned its proposal to raise the GST to 15%. However there are several broad proposals under active consideration which are expected to be announced in the upcoming Budget or before the 2016 Federal Election:

The Treasurer has indicated that superannuation changes are inevitable and will most likely be announced in the upcoming Federal Budget: “There is a strong case for examining the size and structure of the tax concessions. It’s clear that we are going to have to make some hard decisions when it comes to how we’re going to address the targeting of these tax concessions going forward”, he told a Superannuation Fund conference in Adelaide in February.

Although the Government seems to have ruled out a Deloitte proposal to tax concessional contributions at a taxpayer’s marginal tax rate, less a 15% rebate (currently, such contributions are taxed at a flat rate of 15% unless your income exceeds $300 000), and is unlikely to change the current tax-free status of retirement pensions, others proposals being strongly considered are:

Any move to reduce the contribution caps may affect the tax position of those who voluntarily contribute to superannuation, as it is a concessionally taxed environment. The reduced caps may prompt taxpayers to consider bringing forward any contributions to superannuation that they are contemplating making, in order to take advantage of the existing (more generous) caps.

Negative gearing is used by more than 1.2 million taxpayers to reduce their overall tax liability. While the Government has ruled out the Opposition’s significant changes to negative gearing (see later for details on this), under active consideration by the Government is a universal total cap on the amount of negative gearing deductions that can be claimed (possibly $50,000 per year) or on the number of properties that can be negatively geared by each taxpayer. These changes would mainly impact wealthier investors.

In contrast to the Opposition, the Government has categorically ruled out any reduction to the 50% CGT discount which may apply when you sell a CGT asset that you or your business has held for 12 months or more. A reduction to the CGT discount of 33% that applies to superannuation funds is however still being considered.

For its part the Federal Opposition has announced a suite of specific policies it will implement if elected later this year:

Labor’s superannuation policies are aimed at high-income earners as follows:

More generally, Labor has not ruled out announcing other superannuation-related measures (including the above-mentioned Deloitte proposal) in the lead-up to the Election – measures which it says aim to make superannuation concessions fairer.

In a major change, from 1 July 2017, if the Opposition is elected taxpayers will only be able to negatively gear properties which are new. That is, if you buy a used (not new) property after this date, you will not be able to negatively gear that property. This change will be ‘grand-fathered’, so that properties purchased before this date (including those that are currently owned at the moment) will not be affected and can continue to be negatively geared. This would be a major change to the law, as currently 93% of negatively geared properties were not purchased as new. Thus, if you are contemplating purchasing a negatively geared property that is not new, you may need to bring forward your purchase if the Opposition is elected into Government later this year.

The CGT discount of 50% that taxpayers (except companies) currently enjoy after they sell a CGT asset they have owned for 12 months or more will be reduced to 25% by the Opposition. This will apply to assets purchased from 1 July 2017. This measure will provide less of a tax incentive to invest in CGT assets, and may result in taxpayer’s bringing forward any planned purchases of such assets to before this date if the Opposition wins the upcoming Election.

It seems that irrespective of the result of the upcoming Federal Election, the generous tax rules within the Superannuation, Negative Gearing, and Capital Gains Tax regimes look almost certain to be curtailed. If you are contemplating investing in these areas, there may never again be a more favourable tax environment in which to do so than now. 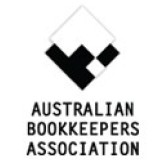